Casey Cole White is a name that folks around Evansville recognize after making national news back in May. Casey and Vicky White, no relation, had been on the run from the Lauderdale County Jail in Alabama since April 29, 2022, and were located in Evansville, IN on May 9, 2022.

The two had been staying at Motel 41 for several days before they led police on a short chase on HWY 41 in Northern Vanderburgh County. Casey White was taken into custody, Vicky White died at Deaconess Midtown from a gunshot wound. After an autopsy, Vanderburgh County Coroner Steve Lockyear, reported that Vicky White died of a single self-inflicted gunshot wound to the head. 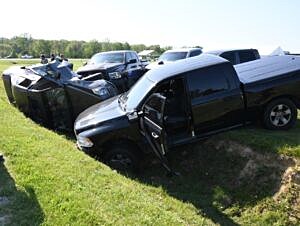 During the interview with investigators, Casey White indicated that he envisioned a “suicide by cop” style shootout with police; however, that plan was foiled when the law enforcement vehicle made contact with the Cadillac.

This new charge against Casey White was decided by a Grand Jury last month in Lauderdale County Circuit Court in Alabama. The wording in the criminal code defining Felony Murder in Alabama brought the jury to this decision. According to USA Today, Mark McDaniel, Casey White's attorney has stated that he will enter a not guilty plea on the charge.

Under circumstances manifesting extreme indifference to human life, he or she recklessly engages in conduct which creates a grave risk of death to a person other than himself or herself, and thereby causes the death of another person. 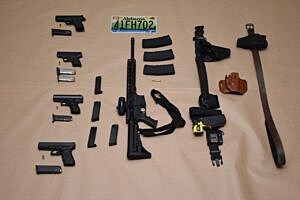 a) A person commits the crime of escape in the first degree if:

Get our free mobile app

Casey was served the new warrant at the Alabama State prison that he is currently in. He still faces a capital murder charge in connection to the 2015 killing of Connie Ridgeway and was already serving a 75-year prison sentence for a crime spree in 2015 that included a home invasion, carjacking, and a police chase.

Evansville Police Officers Walk the Beat, Getting to Know Their Neighbors

This year the Evansville Police Department has really stepped up its efforts to get to know the citizens they serve. Walking Wednesdays is a great way for law enforcement to be seen in neighborhoods and to meet the residents and hear their stories.

The mission of Cops Connecting with Kids Inc. is to build positive relationships between members of the law enforcement profession and the youth in their local communities, through open and honest channels of communication, mentorship, and connectivity.
Filed Under: Casey White, Vicky White
Categories: Articles, Best of Evansville, Evansville News, Local News, MY Morning Show Podcast, News, Newsletter, Things you need to know, Tri-state news, What's New
Comments
Leave A Comment
Could the Movie Based on the Alabama Fugitives Captured in Evansville be Factual?
Donate to GoFundMe For Indiana Man Who Didn’t Receive Alabama Fugitive Reward
St. Jude Patients Get Creative With ‘ABC’s of Cancer’ Original Arwork
Afraid of Heights? GRANTED Evansville Wish Kids Can Rappel Thanks to Your Donation
Apparently, There are Only Two Indiana Restaurants Worthy of America’s Top 100
Beyoncé Announces 2023 Tour, Including Dates in Louisville and Nashville
Go Inside the Magical Moments of the Cops Connecting with Kids Disney Adventure
Who’s Responsible for Repairs if a Snow Plow Damages Your Property in Indiana?
‘Futurama’ Reboot Teases Release Date